Aim: To evaluate the effect of use of ringer lactate solution supplemented with heparin sodium in patients undergoing cataract surgery.

Materials and Methods: In a prospective, double-blind, interventional study, 200 patients were included and were randomized to undergo cataract surgery using ringer lactate solution with or without 10 IU/ml heparin. All patients underwent phacoemulsification with hydrophobic acrylic foldable intraocular lens (IOL) implantation. The severity of anterior chamber inflammation and amount of pigment deposition of IOL was assessed by slit lamp biomicroscopy on day 1, 7, 28 and after 8 weeks postoperatively.

Results: Mean age in treatment and control group was 63.0± 11.5 years and 65.1±12.7 years respectively. A significant reduction in the severity of inflammatory cellular activity (p=0.001), flare (p=0.001) and pigment deposition on IOL (p=0.001) was noted on day 1 in the heparin treated group compared to the control group. However, no significant difference was observed in the amount of inflammatory activity as well as IOL pigment deposition beyond 1 week postoperatively. The inflammatory activity resolved almost completely in both the groups by the end of 8 weeks postoperatively.

Postoperative inflammation after cataract surgery is an important cause of delayed visual recovery. Eyes with enhanced inflammatory response are also at risk of developing other complications such as cystoid macular edema which may or may not cause permanent visual loss.1 Furthermore, delayed postoperative complications in the form of posterior capsular opacification are more common in eyes with inflammatory response.2 More than 50 years after implantation of the first intraocular lens (IOL), further research is in progress in order to render the IOLs more biocompatible and achieve minimal postoperative inflammation. For over a decade, the use of heparin coated IOLs has been studied in both animal and humans eyes. Heparin has both anti-inflammatory and antiproliferative effects. In addition to its anticoagulant function, heparin inhibits fibrin formation after intraocular surgery and has also been shown to inhibit fibroblast activity.3 A few studies have shown that eyes implanted with heparin coated lenses exhibit a lower degree of inflammation,4, 5, 6, 7 but, cost is a major issue with the use of these IOLs. It has also been shown that heparinised intraocular infusion during cataract surgery reduces postoperative inflammation.8, 9 However, there are no reports of similar studies in the Indian population, which typically have dark irides. In the present study, we evaluated the role of addition of heparin to the irrigating solution during phacoemulsification cataract surgery.

This was a prospective double-blind clinical trial which included patients with age-related cataract. Patients aged >40 years, diagnosed with cataract and a best-corrected visual acuity (BCVA) ≤6/12 in the worse eye, were included in the study. An informed consent was obtained from all the participants. The protocol was approved by the institutional review board of the hospital and the study followed the tenets of the Declaration of Helsinki. Patients with a history of previous ocular trauma or surgery, history of uveitis, use of chronic miotic therapy or anticoagulants, were excluded. All patients underwent a detailed ophthalmic evaluation including assessment of visual acuity (Snellen) intraocular pressure measurement and fundus evaluation. A SL115 classic Carl Zeiss slit lamp biomicroscope was used for clinical examination. Selected patients underwent manual SICS. Patients were randomized to heparinised (study) and plain (control) irrigation solution groups using randomization tables by a masked observer. Each patient was allotted a number according to the randomization table. The same masked observer prepared the irrigating solutions (500 ml) with or without 5000 IU (5ml) of heparin that were used during phacoemulsification. The group identity of the patient was masked until the completion of final analysis. All surgeries were performed by a single surgeon with a standard technique of phacoemulsification under topical anesthesia. Hydrophobic acrylic foldable intraocular lenses were implanted at the end of the surgery in all the cases. Postoperatively, ofloxacin 0.3% eye drops six times a day were prescribed for 1 week. Prednisolone acetate 1% eye drops were prescribed six times a day and tapered over the next 4 weeks. A short-acting mydriatic and cycloplegic (combination of tropicacamide and phenyephrine) was used for the first week after surgery. Patients were assessed postoperatively on day 1, day 7, 28 days and 8 weeks after surgery. Any intraoperative or postoperative complications were noted. Postoperative assessment included measurement of uncorrected (UCVA) and BCVA. Slit lamp examination was performed for the assessment of cells and flare in the anterior chamber using a standardized grading system.10 The anterior chamber cells were graded as: 0 = no cells; 1 = 5 to 10 cells; 2 = 11 to 20 cells; 3 = 21 to 50 cells; and 4 = >50 cells per high-power field. Anterior chamber flare was graded as: 0 = no flare; 1 = faint and just detectable flare; 2 = moderate flare with iris details clear; 3 = marked flare with iris details hazy; and 4 = intense flare with severe fibrinous exudates per high-power field. Three readings for grade of severity of anterior chamber inflammation were obtained and the average of these readings was recorded as the final value during each visit. The pigments and cells on the intraocular lens surface was examined using a 3 mm x 2 mm beam focused on 5 regions on the intraocular lens surface as shown in Figure 1. The number of pigments was calculated in each of these five regions on the surface of the IOL. An average grade was calculated for each case. Statistical analysis (Chi square test, ANOVA& McNemar’s test) was performed using the SPSS software version 18.0.

There were no intraoperative complications in any of the patients. A statistically significant difference in the severity of anterior chamber cellular inflammatory reaction was noted in both the groups on day 1 postoperatively (p=0.0001). 86 (86.8%) patients in control group and 35 (34.6%) patients in study group had > grade 2 reaction on day 1 (p=0.0001). One patient (0.99%) in the study group had a grade 1 hyphema on day 1 postoperatively. Conservative treatment was continued and the hyphema disappeared on the next follow-up. All patients in both the groups had < grade 1 cellular activity by day 28 (Table 1). There was a statistically significant difference between both the groups in the amount of flare in the anterior chamber on day 1 postoperatively (p=0.001). On day 1, 88 (88.8%) patients in the control group and 35 (34.6%) patients in study group had grade >1 flare (p=0.0001) (Table 1). Furthermore, we found a statistically significant reduction in the amount of IOL pigment deposits in the study group on day 1 compared to the control group (p=0.02). However, this difference was not seen beyond the first week of follow-up (Table 1). 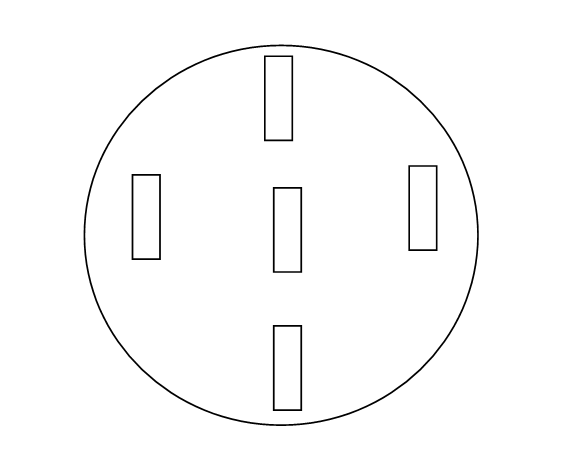 Cataract surgery causes inflammation in the eyes secondary to the surgical trauma as well as implantation of an IOL. Heparin has been postulated as a viable candidate that can be used to reduce the inflammatory response after cataract surgery. It has been employed in the form of heparin-coated IOLs and heparin solution added to the irrigating solutions during phacoemulsification. We added 10 IU/ml of heparin in the irrigating solution that was used during phacoemulsification. A parallel group of patients underwent surgery using irrigating solution without heparin. We found a statistically significant difference in the inflammatory response in both the groups up to one week postoperatively. We also noted a difference in the amount of IOL pigment deposition on the surface of IOLs in both the groups. The results of this study match the findings reported previously in cases undergoing phacoemulsification with IOL implantation. Kruger et al11 found decreased inflammatory cellular response in the anterior chamber of patients who received heparin supplemented irrigating solution. The anti-inflammatory effect of heparin persisted up to day 7 and day 3 postoperatively in studies by Kruger et al and Kohnen et al respectively. Two major differences between these studies and the current study are the number of participants, which was higher in our study and, the method used to quantify the anterior chamber inflammatory response. Unlike our study, these studies had used a laser flare and cell photometer to measure the cells and flare in the anterior chamber.

A few studies have demonstrated decreased pigments, and cellular reaction on the intraocular lens surface in heparin surface modified lens.4, 12, 13 In our study, we noted a statistically significant difference in the amount of IOL pigments in the heparin group compared to control group, on the first postoperative day. Our results are consistent with the published results11 that have reported a significant decrease in the number of cells on the surface of intraocular lenses with the use of heparin in the irrigating solution.

In our study we found that following cataract surgery the anterior chamber cells and flare values were almost reduced to grade zero by 8 weeks postoperative thereby demonstrating that the blood aqueous barrier was reestablished by this time after surgery. Sanders et al13 found that the aqueous flourescein concentrations decreased considerably by fifth week postoperatively and blood aqueous banner reestablishes by three months postoperatively. Shah et al14 in their prospective study using laster photometery documented the reestablishment of the blood aqueous barrier in normal eyes following cataract surgery. They found that the aqueous flare and cells were highest on the first postoperative day, declining rapidly by the day 7 and returning to preoperative levels by 3 months. In our study the reestablishment of blood aqueous barrier seemed to occur a little earlier compared to previous studies. This may be attributed to the method used for quantification of anterior chamber inflammatory activity. Whereas we made our assessment using a standard slit lamp, the above studies utilized the automated methods which may be more sensitive in picking up even mild inflammatory activity in the anterior chamber. It is noteworthy that a study by Akef El-Maghraby et al15 demonstrated significant correlation between laser flare cell measurements and clinical assessment of cells and flare using slit lamp.

Our study shows the protective effect of heparin supplemented irrigating solution during phacoemulsification in early postoperative period in an Indian population. Further randomized studies are recommended to compare this method with heparin coated IOLs.