Gowda and Kumar L: Comparison of efficacy of topical alcaftadine (0.25%) versus olopatadine (0.1%) in allergic conjunctivitis

Comparison of efficacy of topical alcaftadine (0.25%) versus olopatadine (0.1%) in allergic conjunctivitis

Materials and Methods: A prospective, randomized, open label, parallel group, comparative study was conducted on 60 Patients with bilateral allergic conjunctivitis (30 in each group) after taking an informed written consent and was evaluated from May 2018 to November 2018. Patients were randomized into 2 groups of 30 each, group A received topical Alcaftadine 0.25% twice daily and patients in Group B received topical olopatadine hydrochloride 0.1% twice daily for 2 weeks. The patients were evaluated on first visit (baseline) followed by 7th and 14th day after starting the treatment. At each visit signs and symptoms were evaluated and rated using a scale from 0-3(0-Absent, 1- mild, 2 moderate and 3- severe). The change from baseline in the mean scores of itching, hyperemia, photophobia and tearing on day 14 is the primary outcome variable.

Results: The signs and symptoms of allergic conjunctivitis were reduced by 2 weeks from baseline after using both the drugs. Relative significant efficacy was achieved in alcaftadine group for Itching, hyperemia and photophobia, but not for tearing (p=0.3).

Conclusion: When compared to 0.1% olopatadine hydrochloride, 0.25% alcaftadine is more effective in reducing the symptoms of all types of allergic conjunctivitis except those mentioned in exclusion criteria.

Allergic conjunctivitis subjects were selected and randomized into 2 groups of 30 each by simple random sampling into Group- A and Group- B. Patients in Group - A received topical Alcaftadine 0.25% 1 drop to each eye twice daily and patients in Group-B received topical Olopatadine Hydrochloride 0.1% 1 drop to each eye twice daily for 2 weeks in both the group. Detailed history and clinical examination – slit lamp examination were performed and documented in a prescribed format in each visit. For uniform grading of symptoms and signs at each visit, we used scoring scales from 0-3 (0-Absent, 1- mild, 2-moderate, 3- severe).6 30 subjects per group was the sample size. Statistical Package for the Social Sciences (SPSS) version 11.5 and Microsoft excel were used to analyse the data. Mean and SD for analysing descriptive data and Paired sample T Test for analyzing of significance. Two tailed P values at a significance level of 0.05.

Scoring of signs and symptoms of allergic conjunctivitis.6

Age distribution in the study population 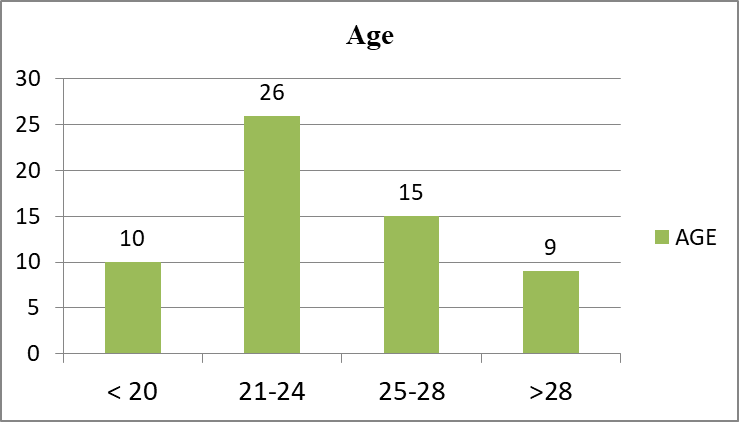 Gender distribution in the study population 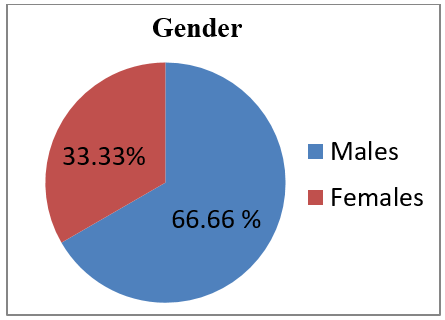 Distribution of residence in the study population 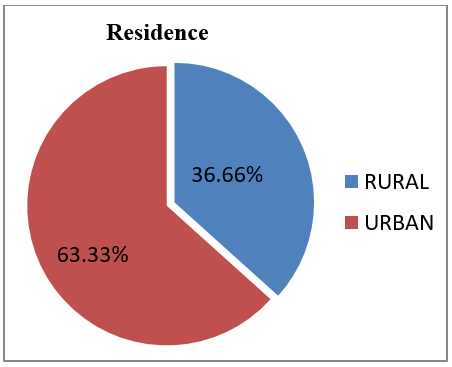 Itching scores in the study population 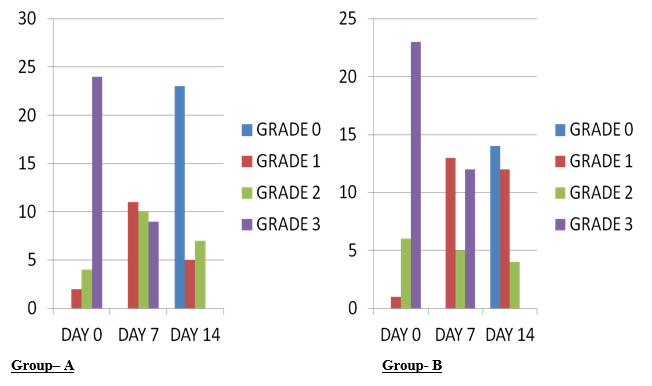 Hyperaemia scores in the study population 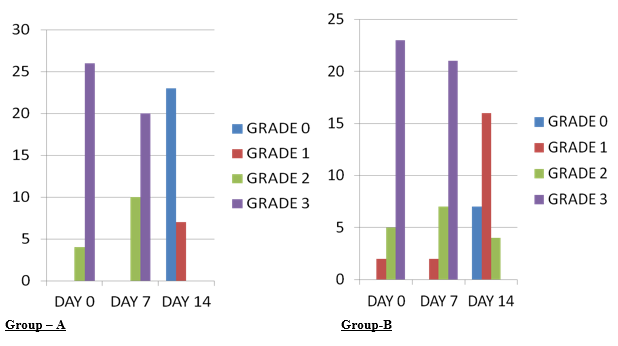 Photophobia scores in the study population 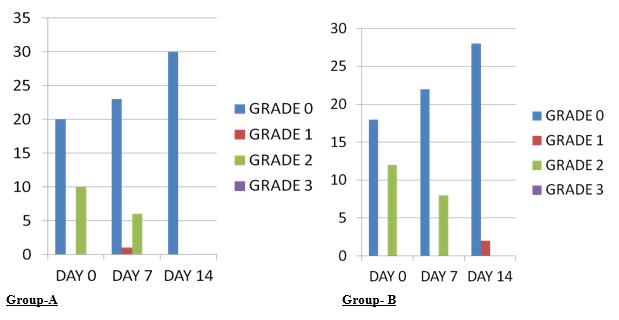 Tearing scores in the study population

Statistical table for the signs and symptoms on Day 0, 7 & 14 in the study population

In case of Photophobia the study groups could not be compared as all study subjects were symptom free in Group A, hence we could not arrive at the statistical Significance. For tearing, Group A Receiving Alcaftadine 0.25% the Mean and SD on day 14 for Tearing was 0.07 and 0.254 Versus 0.10 and 0.305 in Group B receiving Olopatadine Hydrochloride 0.1% (p-0.3 not statistically significant).

We conducted a prospective, randomized, open label, parallel group, comparative study to find out whether topical Alcaftadine is more effective than olopatadine 0.1% eye drop for managing allergic conjunctivitis. The aim of the study is to improve the quality of life by reducing the signs and symptoms effectively. Analysis of Data from 60 patients (30 in group A and 30 in group B)for overall efficacy in reducing the signs and symptoms of allergic conjunctivitis at 2weeks after instillation, we found that Alcaftadine 0.25% efficacy was statistically significantly higher compared to olopatadine 0.1% eye drops.

In another comparative study which enrolled 285 subjects following conjunctival allergen challenge test it was noted that the mean itch score was lower at 3,5and 7 minute in Alcaftadine group when compared to olopatadine group.7

Alcaftadine displays other therapeutic properties such as ability to reduce conjunctival eosinophil recruitment and a protective effect on epithelial tight junction protein expression.8

Primary outcome was that Alcaftadine 0.25% is more effective in treating itching, hyperemia and photophobia than 0.1% olopatadine hydrochloride.

Secondary outcome was that patients were comfortable with Alcaftadine 0.25% during the study and showed good response after 2 weeks of study than 0.1% olopatadine hydrochloride.

Literature reviews shows that Alcaftadine 0.25% is more effective and safer than 0.1% olopatadine hydrochloride.

No adverse effect noted in patients during the study period in both the groups.

Strengths of the Study

We have selected a newer generation antihistaminic which can play predominant role in reducing allergic conjunctivitis.

Reduction of signs and symptoms of allergic conjunctivitis at 2 weeks from baseline was noted in both the groups but Alcaftadine 0.25% group showed more significantly effective reduction.