Khurana: Evolution of oculoplasty as a subspeciality: Global vs Indian scenario

Evolution of oculoplasty as a subspeciality: Global vs Indian scenario 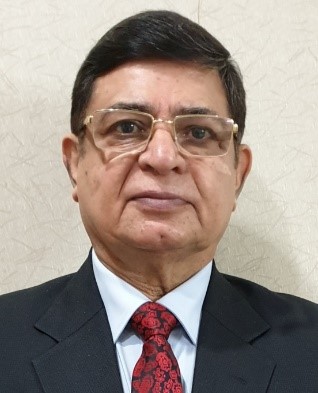 “Money can’t buy you happiness, but it can pay for the plastic surgery….”

Undoubtedly, the present day Oculoplasty has reached at a status what Joan Rivers and Dr Michael A Boggess have quoted and most of the surgeons agree to.

Well oculoplasty, which has reached the present peak, ows its development and evolution to the combined contribution of many surgical disciplines mainly plastic surgery, ophthalmology and maxillofacial surgery.

Perhaps, since the beginning of mankind, human beings have been actively engaged in the pursuit of self-improvement. Therefore, it should come as no surprise that plastic surgery may be one of the world’s oldest healing treatments. There is documentation of the use of surgical means for correcting facial injuries dating back more than 4,000 years ago.1

The earliest replantations were done by Lord Shiva by attaching an elephant’s head on his son’s body and by Ashwini Kumars who successfully replanted the severed head of Yagna. Thus the history of plastic surgery in India dates as far back or before the Vedic times nearly 4000 years ago. Brahma, the creator of the universe evolved, Ayurveda (the science of life) by meditation and imparted it to Daksha Prajapati, who in turn taught the Ashwini Kumars (twin gods). Lord Indra, the celestial ruler, learnt it from Ashwini Kumars and in turn passed on the knowledge to many rishis, namely, Sage Bharadwaja (Guru of Atreya), and King Divadaasa of Banaras (Lord Dhanvantri). Sushruta, who was Vishwamitra’s son, along with others approached Dhanvantri and requested him to accept them as his “shishyas” and teach them the science of Ayurveda. Sushruta Samhita is believed to be part of one of the four Vedas (part of Atharva-veda) and was written by Sushruta in approximately 600 BC compiling what he had learnt from his Guru Dhanwantri and his predecessors. It is said that Sushruta taught surgery at the Banaras University. He has very succinctly described the reconstruction of the nose by cheek flap, repair of cut earlobe, piercing of earlobe, repair of cut lip, skin grafting, classification of burns, wound care and wound healing. Sushruta has been rightly called the “Father of Plastic Surgery” and “Hippocrates” of the 6th or 7th century BC.2, 3

World War I is credited for bringing the plastic surgery to a new level within the medical establishment. Military physicians were required to treat many extensive facial and head injuries caused by modern weaponry, the likes of which had scarcely been seen before. These grave injuries necessitated brave new innovations in reconstructive surgical procedures. Some of Europe’s most skilled surgeons dedicated their practices to restore their countries’ soldiers to wholeness during and after the war.4

World War II marks the beginning of oculoplasty as a subspeciality, where a large number of cases of ophthalmic and oculoplastic trauma had occurred. Those who did dedicated job to help such traumatised cases, developed an expertise and interest in futhering this field. Following this the subspeciality developed and evolved as a highly specific and rapidly growing subspeciality dedicated to take care of eyelid, lacrimal and orbital conditions. Subsequently those dedicated to this subspeciality started meeting on regular basis resulting in the formation of dedicated oculopastic forums.

Intially in the United States, American Society of Ophthalmic Plastic and Reconstructive surgery (ASOPRS) was founded in 1969 with the goal of establishing a group of surgeons who have attained a specialized level of training and expertise. ASOPRS, now sponsors oculofacial fellowship programmes intended for those who have completed an accredited ophthalmology residency. British Oculoplastic Surgery Society (BOPSS) was founded in 2000 with the aim of bringing together surgeons in the UK and Ireland who share a major interest in oculoplastic surgery. Richard Colin, Brian Leatherbarrow and Jane Olver were the founding executive members who agreed on the need to establish the society as a subspeciality of ophthalmology. Similarly, European Society of Ophthalmic Plastic and Reconstructive surgery (ESOPRS) was established with the aim to promote the practice and teaching of ophthalmic plastic surgery within Europe. In parallel to such Association of dedicated oculoplastic surgeons, emerged the progressively more structured and recognised training programmes globally, which were dedicated to clinical and surgical management of adnexal disorders.

World over, this resulted in emergence of specialist adnexal fellowships with regional variation, differences in duration and the opportunity for further subspecialisation.5

Primary training in Ophthalmology brings in all the concepts of micro-incisions, fine suturing and working under microscopes. This comes as an advantage in cosmetic surgery. Moreover since majority of aging changes occur around the eyes, an ophthalmic plastic surgeon can better address these issues through hidden incisions behind the eyelid. Still, before an ophthalmologist embarks on performing aesthetic procedures, training is most essential. Although nothing can replace a good formal fellowship training program, if one is interested in a short-term basic training, it must be still pursued with a systematic approach. It requires good reading, attending lectures, workshops and live demonstrations, practicing skills in hands-on courses, and above all, finding a mentor.

Most eye hospitals do not offer oculoplasty and aesthetics as a stand-alone specialty. It is time that they should realize the immense potential of this subspecialty to add on to their patient volume and income and enhance their profile.7

In future, Oculoplastics will continue to evolve into a speciality in its own right, within the discipline of ophthalmology. Areas such as periocular tumour management, thyroid orbitopathy and, to a degree, facial palsy management already have a multidisciplinary team approach in order to optimise outcomes. This will continue to develop and become established. Oculoplastics will increasingly dominate aesthetic medicine as a specialty to manage the eyelid region; however, this requires continued enthusiasm and skill from within our current generation of peers. Lastly, oculoplastics will always remain the ideal linchpin for an individual wishing to combine ophthalmology, paediatrics, plastic surgery, neuro-ophthalmology, strabismus, ocular surface care and general medicine.6

Thewrite-up onevolutionofoculoplasticsas a subspeciality can best be concluded by these lines:

“Lives of great men all remind us,

We can make our lives sublime;

And departing leave behind us,

Footprints on the sands of time.”