Introduction: The study is conducted to determine the functional and structural differences between NTG and POAG, to assess the rate of conversion of NTG into POAG and its early intervention.

Materials and Methods: It is a hospital based prospective, cross-sectional study of 56 NTG and 56 POAG patients. History was taken and comprehensive ophthalmic examination with glaucoma work up was done.

Results: Majority of the patients belonged to the age group between 51 and 60 years i.e. 48.2% in NTG and 62.5% in POAG. Majority of the NTG patients i.e. 33 (58.9%) were females while 41(73.2%) were males in POAG. 40% of NTG patients had systemic association like bronchial asthma, diabetes, hypertension, ischemic heart disease and migraine. There was no significant difference in CDR between two groups. Inferior & temporal neuroretinal rim thinning was more common in NTG. While bipolar thinning & superior rim thinning was more common in POAG. There is significantly more thinning of RNFL in POAG than NTG. The mean deviation (MD) & pattern standard deviation (PSD) in visual fields between NTG & POAG showed no significant difference. Whereas the field loss was near centre of fixation in NTG group compared to POAG which was diffuse.

Conclusion: These differences between NTG and POAG suggest that the pathogenesis of NTG includes IOP and IOP independent risk factors, while IOP is the main risk factor in POAG. The parameters assessed determine the risk and progression of NTG to POAG.

Glaucoma is progressive optic neuropathy that causes characteristic changes of the optic nerve and visual field in relation to intraocular pressure (IOP).1

This study aims at determining the differences in functional and structural deficits in NTG and POA and rate of progression of NTG into POAG.

Patients attending the department of Ophthalmology at Minto Ophthalmic Hospital, screened during the period Nov 2016 – Aug 2019 & patients fulfilling the criteria like Gonioscopy showing open-angles, Optic nerve cupping and corresponding visual field defects were taken into study. Diurnal IOP was recorded and subjects divided into two groups based on the readings. Patients with <21mmHg IOP (56) were put in NTG group and those of >21mmHg (56) were grouped into POAG group. Written informed consent was taken. Ethical committee clearance was obtained.

Statistical software namely SAS 9.2, SPSS 15.0, Stata 10.1, MedCalc 9.0.1, Systat 12.0 and R environment ver.2.11.1 are used for the analysis of the data. Student t test, Chi-square test / Fisher Exact test were used to study the significance of study parameters. Leven’s test was performed to assess the homogeneity of Variance. P-value of 0.05 was considered as significant.

There was no significant difference in CDR between two groups.

There were no significant changes in MD and PSD values of Visual fields (VF) between NTG and POAG. NTG showed localized field defects which were closer to centre of fixation, while it was diffuse and denser in POAG.

Demographic comparision between the two groups of patients

Distribution of RNFL thickness on OCT 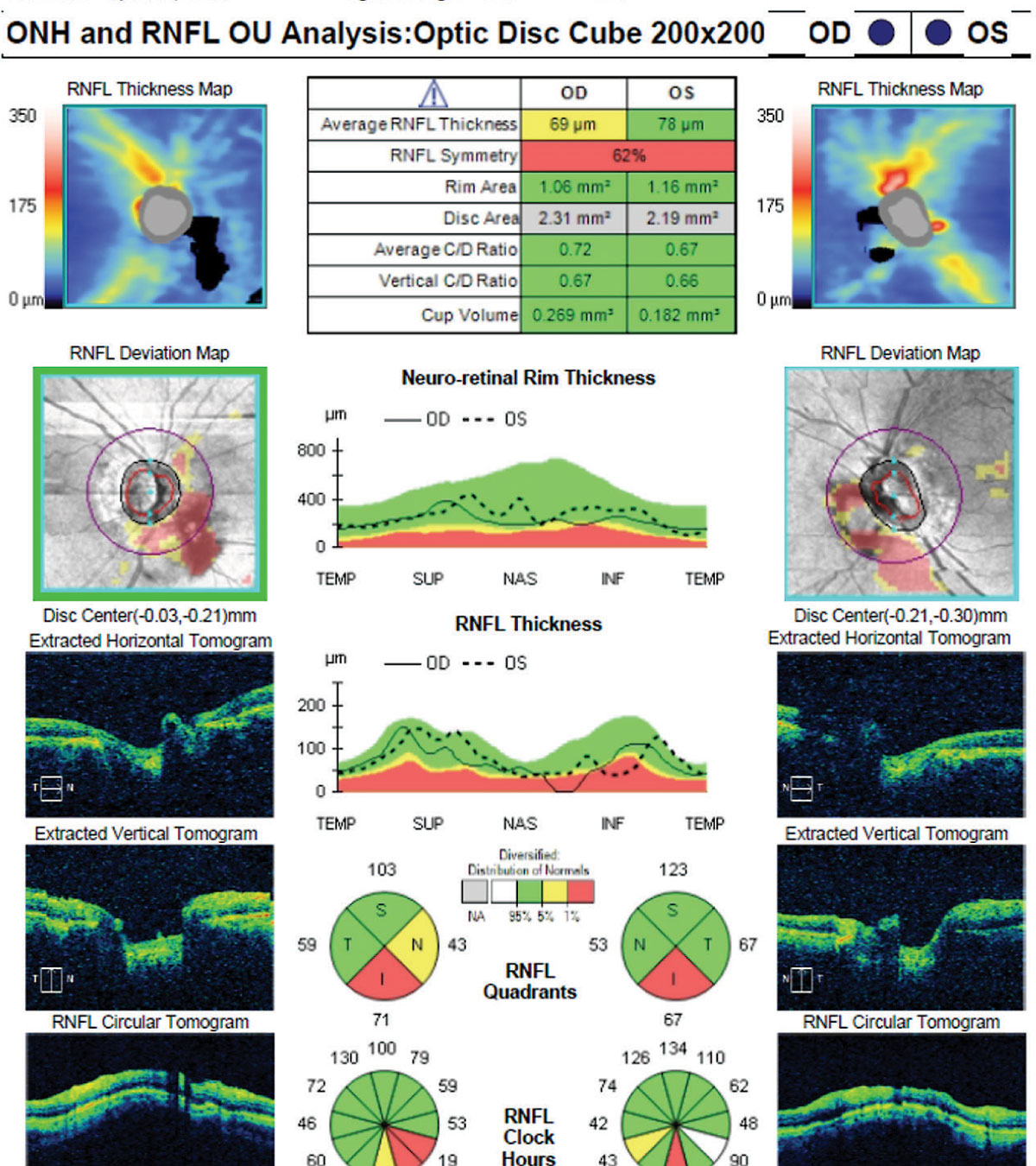 On follow up, two patients of NTG had raised IOP and were converted to POAG. No significant changes were observed in VF and RNFL on follow up.

NTG & POAG are two extremes of pressure-independent & dependent glaucomatous optic nerve damage. NTG is a condition with glaucomatous optic disc, visual field changes, an open-angle with normal range of IOP. IOP is a part of the pathogenic process in NTG & factors other than IOP may contribute to optic nerve damage by making the nerve susceptible to damage at lower IOP levels. 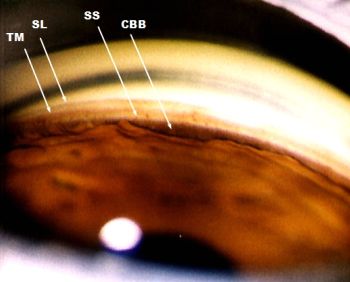 Mean RNFL values by OCT of subjects in different studies.

We compared the mean deviation (MD) & pattern standard deviation (PSD) in visual fields between NTG & POAG. There was no significant difference between the two, similar to previous studies. We found that field loss was near centre of fixation in NTG, compared to POAG, which was diffuse.

The mean MD of our study was not comparable with other studies.

Mean PSD in visual fields of subjects in different studies

Patients were followed up for 34 months, where IOP, Visual fields (VF) and OCT for RNFL was done. We found no significant difference in VF and RNFL, but two patients of NTG were converted to POAG due to raised IOP on follow up.

The results of this study were comparable with the variables of other similar studies. Hence, our study plays a significant role in assessing the parameters which may be noticed in NTG and POAG, which can assess the risk and reduce the further progression of the disease. Further medical and surgical management can also be planned for the same.