Irfan: Myopia epidemic/pandemic: Can it be halted?

Myopia epidemic/pandemic: Can it be halted? 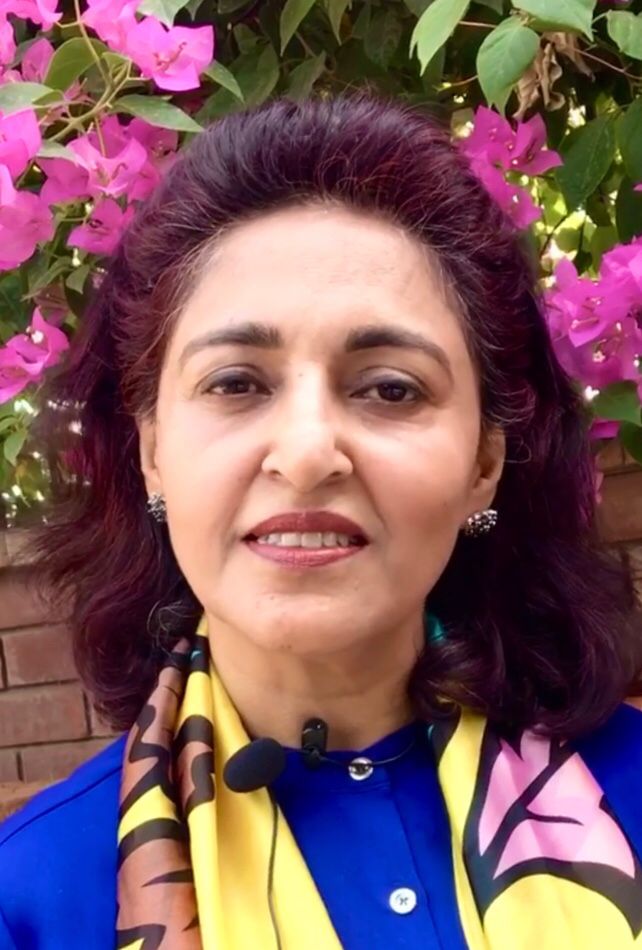 Myopia has become a leading cause of visual impairment worldwide, not only in children, but also in young adults. In 2000, 22.9% of the global population had myopia. This figure increased to 28.3% in 2010, 34.0% in 2020, and is predicted to rise to 52% by 2050. This is a serious problem and a major public health concern. The situation is alarming in the East Asia countries, where 80% to 90% of high school graduates have become myopes, with 10-20% of these having a sight-threatening, pathologic myopia.1, 2

It is a progressive disease. We must make a distinction between “Progressive Myopia”, (an initial refractive error of more than - 6:00 D, associated with degenerative retinal changes; also called Pathological myopia) and “Myopic Progression”, which is an increase in the negative sphere dioptric power (by-0.50 D or more) with the time that is necessary to achieve the best visual acuity (BCVA). Myopic progression can occur in both simple and pathological myopia, though in the former case, a BCVA of 6/6 is achieved with full correction, which does not occur in the latter with macular involvement.

Two very important questions that need to be answered are:

To answer the first question, the scientific community must realize that every disease has underlying causative factors. If we do not remove those factors from the equation, adequate control of that disease is not possible. The same is the situation with myopia, which is a multi-factorial disruption in the emmetropisation process (the visual regulation of eye growth towards optimal refraction). Scientific studies have strongly linked it to a genetic influence, but genes alone cannot explain an increasing incidence worldwide. However, a genetic predisposition makes an individual more susceptible to environmental factors. This has led to the concept of Pre-myopia: a child with non-myopic baseline refraction but has a combination of factors that show a high risk to develop myopia in the future and merits preventive interventions.

What are those risk factors? They have been extensively studied in the scientific literature and pinpointed as: myopic educated parents, with an increased likelihood of years of education, more time spent indoors, lack of outdoor activities, and an increased screen-time.

A major change that has occurred in our lifestyle in the last two decades is a drastic increase in the near work activities after the introduction of digital screens that are being used for education, entertainment, and communication. Studies have linked the alarming increase of myopia in the Asian countries to the high pressure educational systems and have found a close association with long periods of continuous study, for an increased number of years.1, 2

To answer the second question regarding the steps that we must take to slow down or halt the myopia pandemic, we need to understand the proposed underlying mechanism/s by which the near work and the excessive use of digital screens have resulted in myopia and its progression:

Near work typically involves convergence, accommodation, and a downward gaze. Myopia has been linked to not just the number of hours of near activity but also to the type and the distance of near work being undertaken.3 The small-sized digital screens are being introduced to children at a very young age, resulting in unhealthy visual behaviours of watching them with stooped postures, held close to the eyes, for prolonged hours. Children develop a habit of reading and writing in the same bent posture of the head, neck, and back. The closer a digital device/book is held to the eyes, the more is the effort of accommodation/convergence required. An insufficient accommodation or its lag can cause blurring of near vision. This is because of a hyperopic defocus, with consequent release of neurotransmitters from the retinal amacrine cells, resulting in axial growth of the eyeball.

Near work in a downward gaze can cause optical aberrations (coma, spherical aberrations) and myopia.5 This is because of the pressure of upper lid on the cornea in downward gaze, a forward movement of the iris-lens diaphragm (because of gravity), a decrease in the depth of anterior chamber, an altered pull of extraocular muscles and the ciliary muscle.

Night-time use of digital devices

Digital devices are particularly harmful when used late at night as the bright/blue light emitted from the screen alters the body’s circadian rhythm and sleep pattern, which is linked to myopic progression. Circadian rhythm is the body’s internal 24-hour cycle that regulates various processes within the human body (sleep/wake cycles, aqueous production and diurnal variation of IOP). It is regulated by the suprachiasmatic nucleus (SCN) of the anterior hypothalamus which controls the rhythmic release of melatonin from the pineal gland in the brain at a fixed time every night, about 2 hours prior to the usual sleep-time of a person. The level of melatonin increases in a darkened bedroom and it gradually slows down the brain activity so that the person falls asleep. However, exposure to the bright light of digital screen at the usual sleep time blocks this surge of Melatonin, its absence makes the brain alert and the person loses sleep that night. Insomnia has been associated with reduced brain blood flow, glucose metabolism, brain activation, and progression of neurodegenerative diseases via defective mitochondrial dynamics and axonal transport.

While melatonin synthesis is light-dependent, the synthesis of another important hormone, cortisol (maintains many important body functions), and Dopamine (controls axial elongation of the eyeball) are phase-locked to melatonin rhythm. So a lack of melatonin impairs the secretion of both these important hormones. Increasing evidence implicates diurnal and circadian rhythms in eye growth and refractive error development.6, 7

Physical strain on the body

A hunched or stooped posture adopted while working on computers, iPads, cell phones, or reading books with the back and head bent downwards results in backache, with permanent changes in the backbone and shoulders. In addition, minimal or no outdoor activity, lack of physical activity or exercise, fast food/snacks at odd times results in obesity, poor immunity to infections, and increased susceptibility to diabetes and Heart Disease. Less exercise makes the inactive muscles resistant to insulin, and the body produces more. An increased insulin production results in an increased production of Insulin Growth Factor 1(IGF1) by the liver, that causes swelling of the lens (lenticular myopia) and increased scleral growth (axial myopia).

Children learn by physical exploration & interactions with humans and environment. This interaction is minimized by the introduction of digital screens to children at an early age. Any pleasurable activity releases the pleasure hormone, Dopamine. The body craves more and more Dopamine. Frequent small exposures to digital screens result in a full-blown addiction! As children grow, they almost forget how to live or exist without the digital screens and internet. They forget to use their brains to think, memorize, and develop poor concentration, a weak memory, slow information processing, weak emotional control, mood swings, introverted personalities, lack of social contact, and failure of inter-personal relationships (with friends, siblings, parents). An increasing incidence of EARLY ONSET DEMENTIA has been noticed because of the less usage of brain.

Lack of exposure to natural light

Exposure to sunlight results in the production of vitamin D and dopamine (from retinal amacrine cells), both of which inhibit eye growth. This beneficial effect of sunlight on myopic progression has been studied extensively.

Although a partial reduction in the rate of myopic progression has been observed from optical treatments (progressive lenses, bifocals, orthokeratology lenses), and pharmacologic therapies (low dose atropine, dopamine), we are still a long way from being able to reverse the temporal trends of the last few decades. Unless we focus on removing or controlling the causative factors, the various therapeutic measures alone cannot halt the myopia pandemic.

Digital devices have occupied a significant proportion of our personal time and space as Virtual Learning has become a necessity and soon will be a Norm! The various benefits of digital screens cannot be denied. But at the same time, we should not ignore the innumerable harmful effects that are arising from their misuse. Parents, teachers, and children need to be made aware of these.

It is the responsibility of ophthalmologists, opticians, optometrists to educate patients and general public regarding proper postures adopted for near work, by working in well-lit rooms, sitting upright on a chair pulled in towards the desk, elbows straight and supported, computer screen a little below the eye level, with reduced screen illumination, contrast, and increased font size. The night mode setting offered on digital devices should be preferred in which a black background displays a white or colored text; this reduces the screen brightness, glare and minimizes the eye strain. Limiting the study time to 40 minutes at a stretch, with a 10 minutes break, encouraging physical activities, outdoor sports, a proper diet, and proper sleeping habits (8 hours at night).

Myopia needs to be recognized as a major public health issue if a slowing down of this epidemic is to be expected. Only through a collaborative effort across all eye care professions, researchers, and an involvement of the media to disseminate the knowledge of the preventive measures could bring this about.

Early action is the key to slowing myopia progression.

A Hussain A Gopalakrishnan B Muthuvel JR Hussaindeen A Narayanasamy V Sivaraman Young adults with myopia have lower concentrations of neuromodulators-dopamine and melatonin in serum and tearExp Eye Res202120910868410.1016/j.exer.2021.108684