The malignant glaucoma syndrome: An update 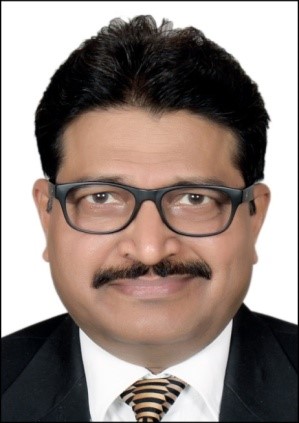 Malignant glaucoma syndrome (MGS) also called aqueous misdirection syndrome (ASM) or ciliary block glaucoma was first described by Von Graefe in 1889.1 It is a rare and aggressive form of postoperative, secondary angle closure glaucoma, often resistant to treatment and may result in blindness. MGS is characterized by shallowing or flattening of the central and peripheral anterior chambers, elevation of IOP and aggravated by miotics but frequently relieved with cycloplegic- mydriatic treatment. The incidence of malignant glaucoma varies from 0.4-6%. It is common (2-4%) in eyes with primary angle closure (PAC) and occurs after any intraocular surgery like trabeculectomy,2 cataract surgery,3 tube drainage surgery4 and vitrectomy or laser procedures like Nd: YAG laser posterior capsulotomy5 and diode laser cyclo-photocoagulation.6 In addition of its occurrence following a surgical & laser procedure, MGS has been reported in eyes that have never been underwent any procedures.7 Sometime, any recent episode of ocular trauma or inflammation in the eye associated with raised IOP that may worsen by use of miotic agents.

Malignant glaucoma syndrome is believed to be a type of Cilio-lenticular block with a rise in IOP due to abnormal flow of aqueous into the vitreous rather than anterior chamber.2 Congenital anomalies of ciliary body, choroid and the lens may predispose posterior diversion of aqueous into vitreous. Anterior rotation of ciliary process can cause ciliary block. Choroidal exudates produced due to surgical intervention, is unable to pass through the abnormally permeable vitreous causing vitreous body to exert pressure on the lens and ciliary body.

The main differential diagnosis of MGS is pupillary block glaucoma and a suprachoroidal hemorrhage which may lead to elevated IOP with axial shallowing of AC. The progressive choroidal effusion may result in axial shallowing. Gonioscopy, indirect ophthalmoscopy and ultrasound B-scan & UBM helps in the confirmation of diagnosis. Gonioscopy confirm the angle closure, indirect ophthalmoscopy should be done to rule out posterior segment pathology.

To achieve relief from the malignant glaucoma, direct communication is required between AC and vitreous cavity. The initial management of malignant glaucoma is medical consisting of cycloplegics, oral acetazolamide and hyperosmotic agents and it is reported that 50% of patients relief in about 15 days.2 The short term cycloplegics like tropicamide 1% are more potent than longer acting ones due to their faster and increased effect. After acute medical therapy, chronic therapy in the form of long term cycloplegic (atropine 1%) should be started to prevent recurrence of MGS. In pseudophakic eyes Nd:YAG laser hyaloidotomy is an effective procedure. Surgical vitrectomy also disrupt the hyaloid face. Transscleral cyclodiode laser CB ablation has been reported to be effective in eyes refractory to medical treatment. In phakic eyes lensectomy with anterior vitrectomy is recommended to create a communication between vitreous cavity and the AC combined lens extraction, primary lens capsulectomy and vitrectomy may be another surgical option. Recently vitrectomy-phacoemulsification followed by peripheral iredectomy (PI) is recommended by vitreoretincal surgeons. The zonlohyaloido-vitrectomy can be performed to reverse the malignant glaucoma in pseudophakic eyes.